Legitimacy is always considered an important concept among basic topics of political science; since it has been already posed as the prerequisite of acceptability for exercising of power in the societies through history. Accordingly, all of the political philosophies made efforts to establish an intellectual apparatus that enforces the fundamentals of governance, dealt to some extent with the issue of “Legitimacy” and included it in the core of arguments. In general, legitimacy would be defined as being legal or to be based on the law; but it refers not only to legality of government from the legislative respect, but also to social acceptability of it by citizens. In this article, we try to study and investigate the political legitimacy in the Shia political thought, particularly with focus on views of Imam Khomeini (RA) as the founder and former leader of Islamic Republic of Iran. 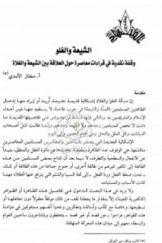 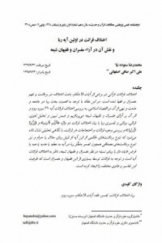